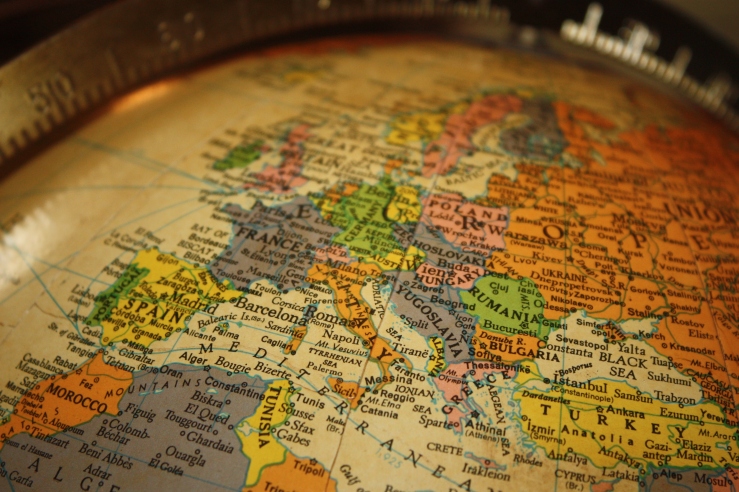 The globe-trotter lives in a smaller world than the peasant. He is always breathing an air of locality. London is a place, to be compared to Chicago; Chicago is a place, to be compared to Timbuctoo. But Timbuctoo is not a place, since there, at least, live men who regard it as the universe, and breathe, not an air of locality, but the winds of the world. The man in the saloon steamer has seen all the races of men, and he is thinking of the things that divide men— diet, dress, decorum, rings in the nose as in Africa, or in the ears as in Europe, blue paint among the ancients, or red paint among the modern Britons. The man in the cabbage field has seen nothing at all; but he is thinking of the things that unite men— hunger and babies, and the beauty of women, and the promise or menace of the sky. Mr. Kipling, with all his merits, is the globe-trotter; he has not the patience to become part of anything.…

The truth is that exploration and enlargement make the world smaller. The telegraph and the steamboat make the world smaller. The telescope makes the world smaller; it is only the microscope that makes it larger. Before long the world will be cloven with a war between the telescopists and the microscopists. The first study large things and live in a small world; the second study small things and live in a large world. It is inspiriting without doubt to whizz in a motor-car round the earth, to feel Arabia as a whirl of sand or China as a flash of rice-fields. But Arabia is not a whirl of sand and China is not a flash of rice-fields. They are ancient civilizations with strange virtues buried like treasures. If we wish to understand them it must not be as tourists or inquirers, it must be with the loyalty of children and the great patience of poets. To conquer these places is to lose them.…

And under all this vast illusion of the cosmopolitan planet, with its empires and its Reuter’s agency, the real life of man goes on concerned with this tree or that temple, with this harvest or that drinking-song, totally uncomprehended, totally untouched. And it watches from its splendid parochialism, possibly with a smile of amusement, motor-car civilization going its triumphant way, outstripping time, consuming space, seeing all and seeing nothing, roaring on at last to the capture of the solar system, only to find the sun cockney and the stars suburban.

How then shall we live? Live where you are. Do not yearn to be elsewhere, always casting your eyes away, away—far upon the ends of the earth (Prov 17:24). Pray for eyes to see the wonders that are right in front of you. Be content with where God has you, and be thankful. Sink down your roots. Know and love those close to you. Wherever you are, serve Christ there.

Actually, Andrew Peterson says it way better than I can (buy the album here):